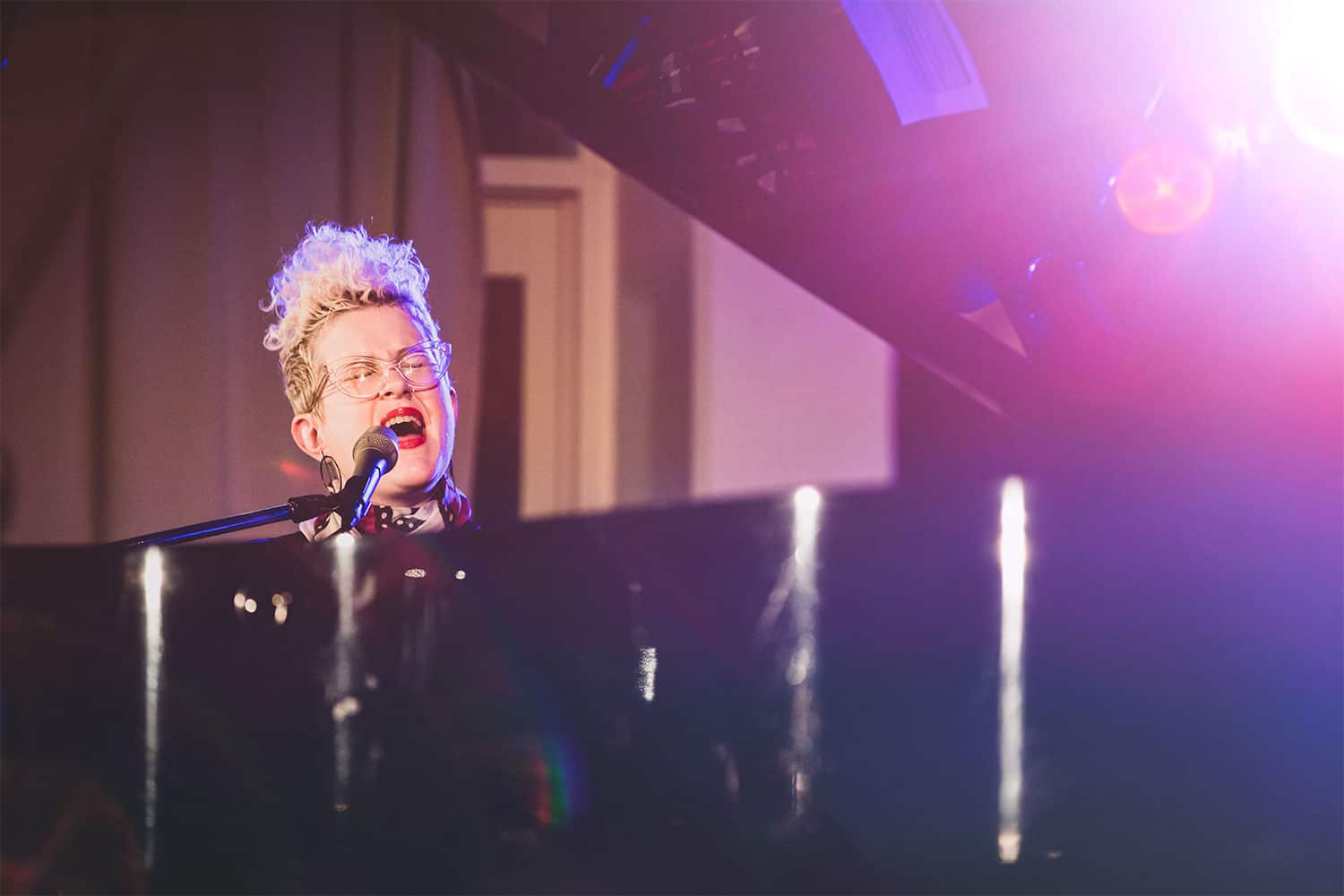 She was the Musical Director at the 2018 Gold Coast Commonwealth Games opening and closing ceremonies, and has performed in front of thousands on stages across the world. This year, five-time ARIA Award-winning Katie Noonan conducted workshops and performances with our students as part of Lindisfarne’s 2021 Visiting Artist Program.

Over the past few years, Performing Arts students at Lindisfarne have had the incredible opportunity to learn under and appear on-stage with a number of high-profile Australian artists including Rai Thistlethwayte, Phil Stack, Christine Anu and Darren Percival.

This year, we were blessed with the presence of one of Australia’s most versatile singer-songwriters, Katie Noonan. 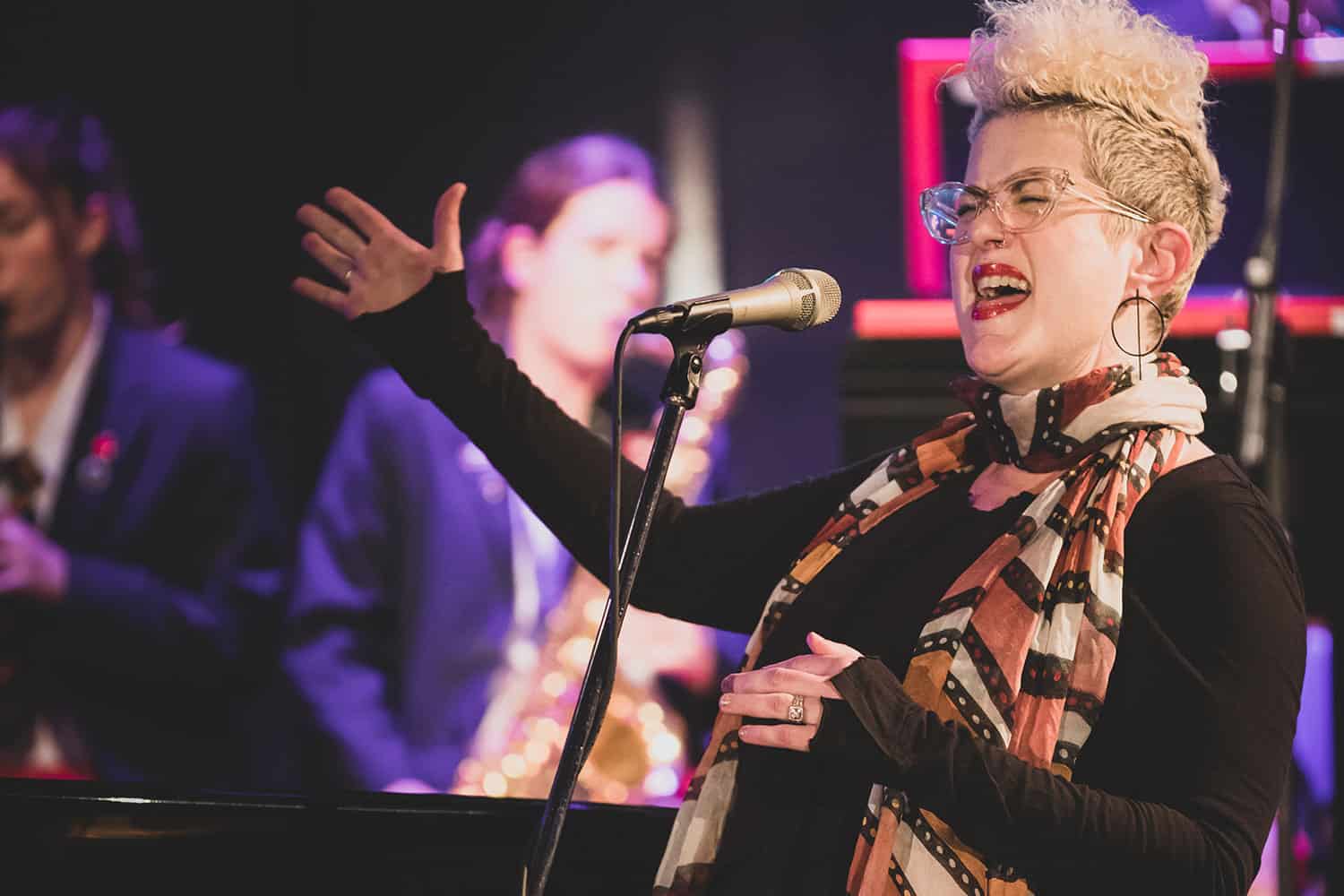 “The Visiting Artist Program is how Lindisfarne gives our students a true face-to-face exposure to a working artist – someone who has made it in the industry and knows the challenges and commitment it takes to get there,” he said.

“Katie has had a solo career spanning jazz, pop and rock, as well as opera and dance. She’s been in a number of very well-known bands including George, Elixir and The Captains, and has been recognised through various major Australian music awards.

“This is the type of person we want as a role model for our own young performing artists to see what’s possible if they are to turn their passion into a career.”

Ms Noonan also spent one morning at our Junior School Campus for a vocal workshop with our Junior school choir and a performance for all of the younger students.

Mr Hardy said: “Within these workshops, Katie delved into vocal harmonies, ensemble awareness and the mechanics of the voice. She also worked at a higher artistic level with our more advanced students, encouraging them to adapt new ideas that will help give their own performances a more personal and unique flavour.”

The two-day music blitz concluded with an intimate evening concert at the Chapel with dazzlingly brilliant supporting acts from all the ensembles who were involved in the workshops. 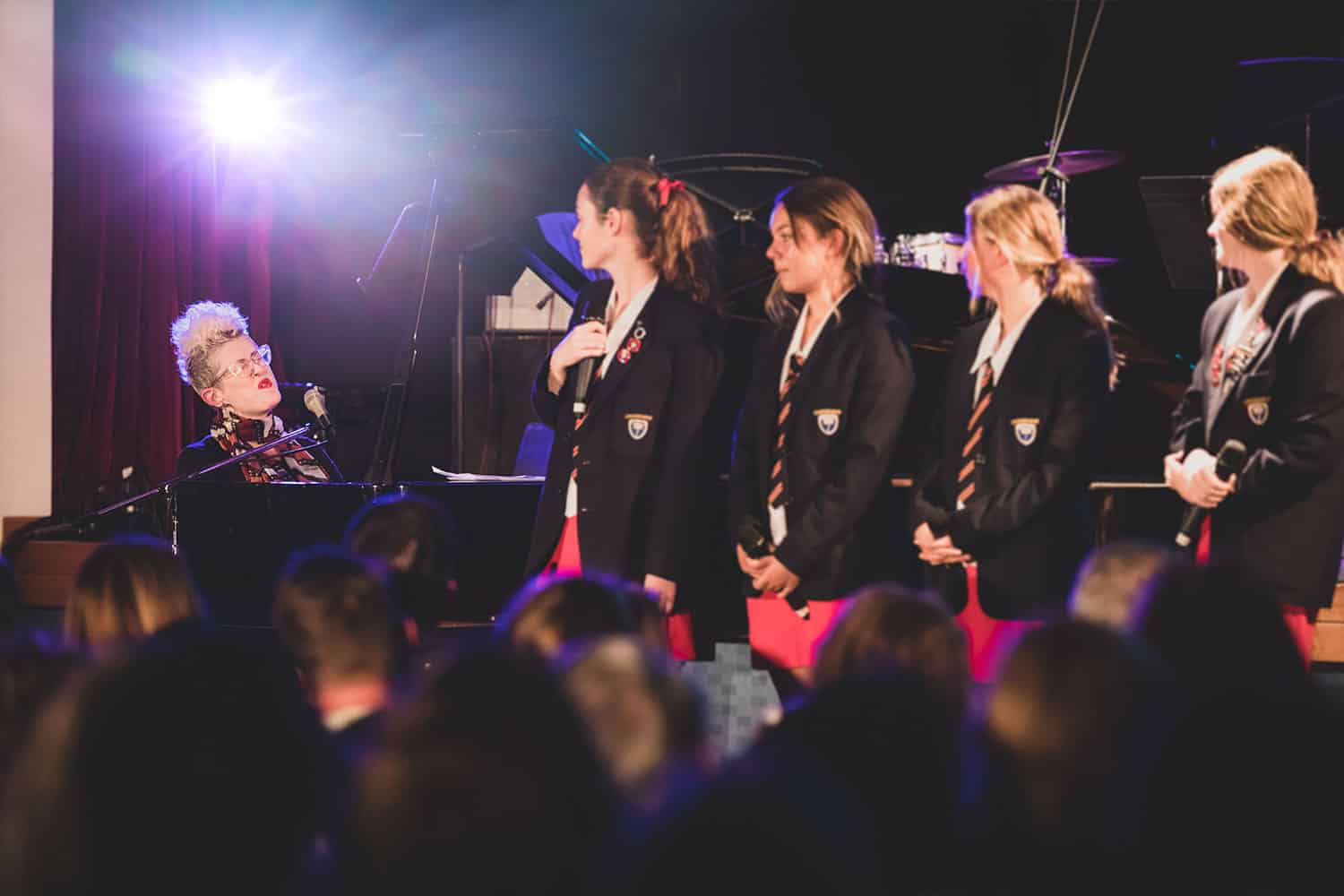