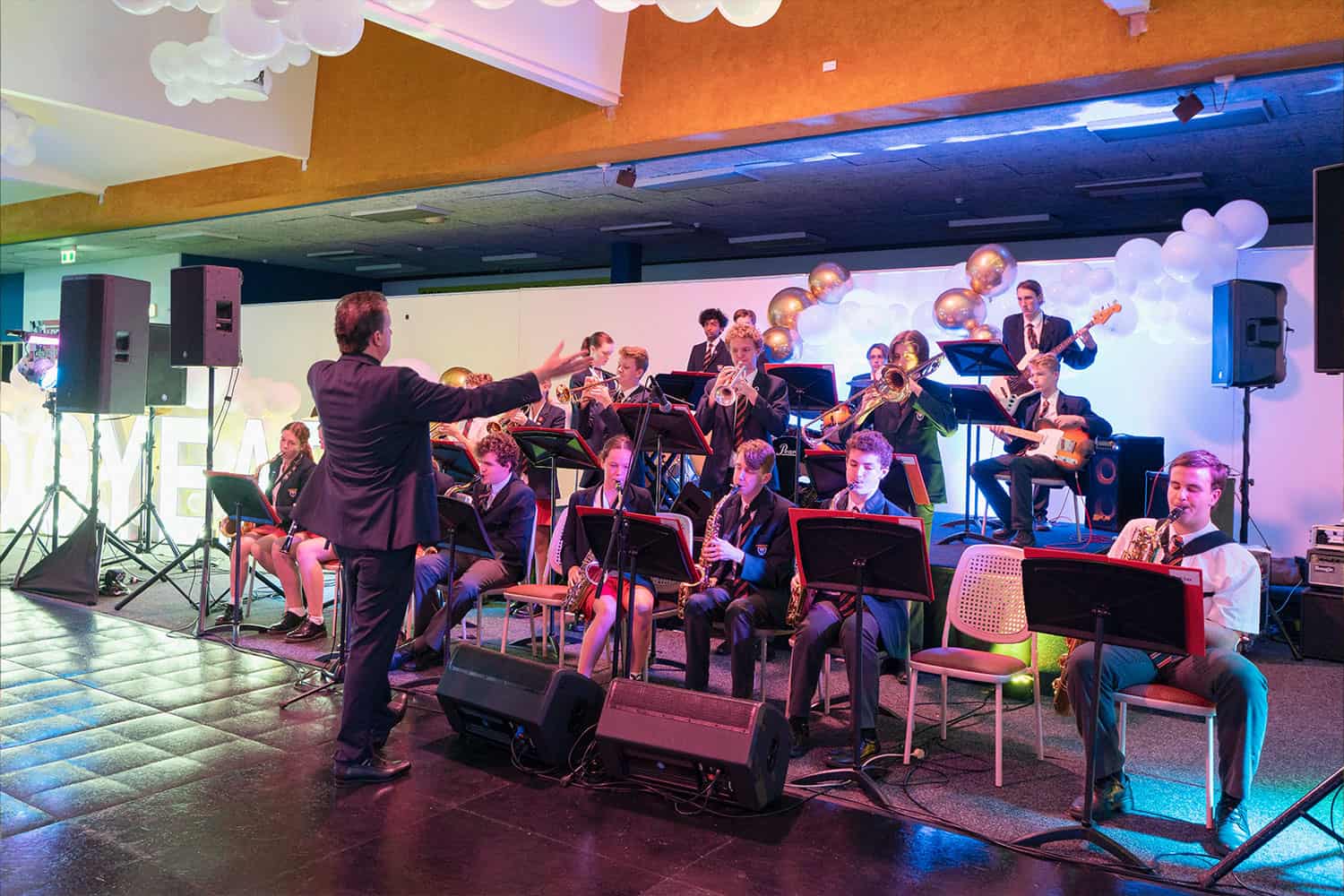 The dance floor was on fire when Lindisfarne Stage Band belted out some of the greatest jazz hits at the Tweed Heads Bowls Club’s 100th birthday gala ball.

The Club, which played a major part in financing the beginning of Lindisfarne Anglican Grammar School, celebrated its centenary this year – a beautiful synchronicity as our school also celebrated a smaller milestone of forty years since our own foundation.

Decades later, as both the club and school grew and built connections within the Tweed community, it was our turn to give back with the gift of music – in a performance the audience described as “phenomenal”. 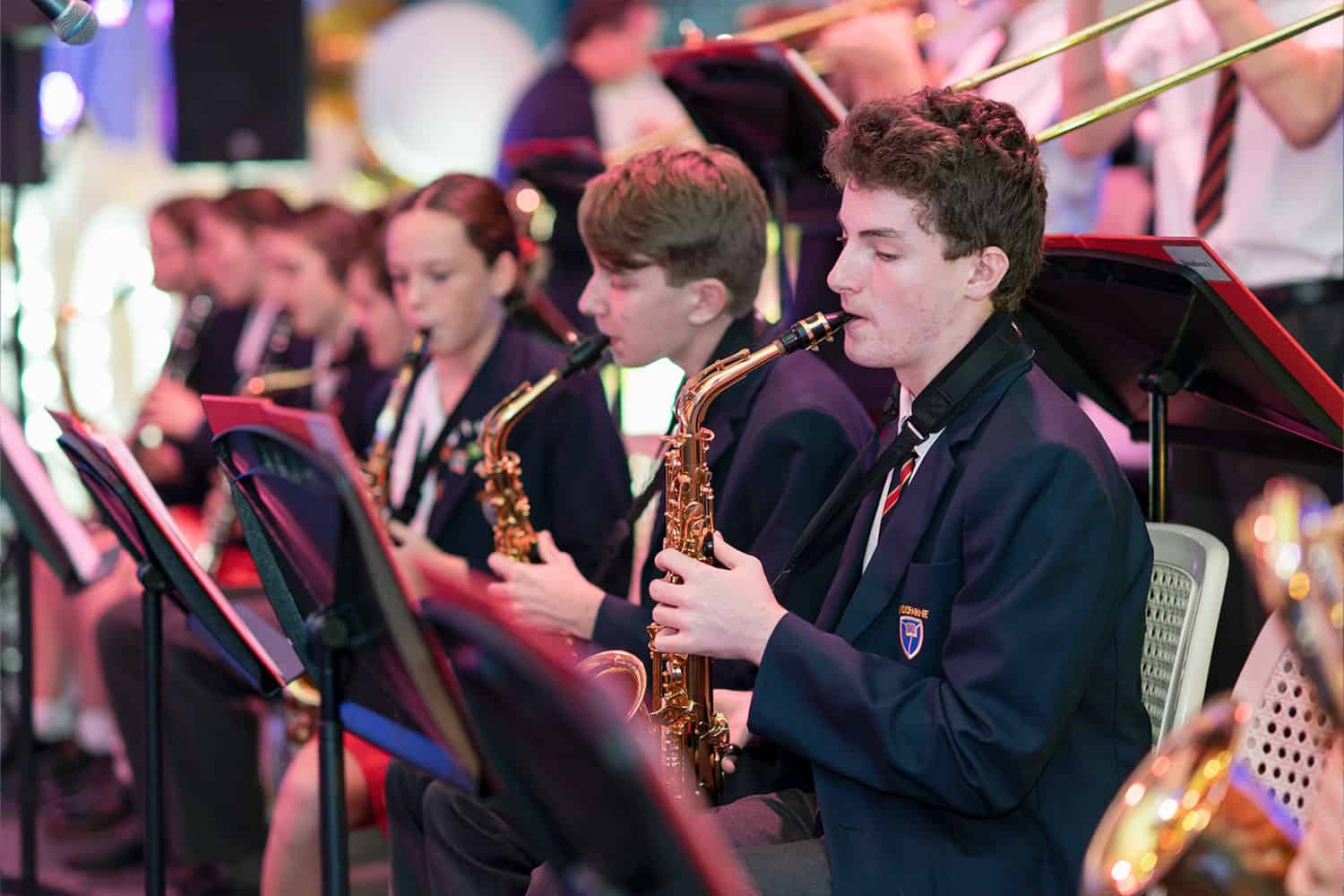 It was back in 1980 when Canon Ron Dyson, the then priest of our local St Cuthbert’s Anglican Church in Tweed Heads, approached the President of the Tweed Heads Bowls Club with his dream of establishing an Anglican School in the area.

Canon Dyson had helped the club to work through a significant licencing issue some time earlier and he now hoped for a loan to help buy land and begin construction.

The club generously obliged with a loan, which later became a donation, of $50,000.

The current Chief Executive of Tweed Heads Bowls Club, Gerard Robinson, described it as a “nice coincidence” that our significant milestones fall on the same year.

“I think now that there’s greater awareness around the history and relationship between the school and club, and we have a relationship with Stuart Marquardt, I’m sure the connection between us will continue to grow and we look forward to assisting in whatever capacity when we celebrate 50 years,” says Mr Robinson.

“Community, for a club like ours, is absolutely number one. We’re at the heart of the community and a big, established club like ours is able to support the people in our community in ways many people will never see – from donations to certain charities, to providing hot meals for those less fortunate,” he says.

“This is a combined effort of everyone in the community coming together for 100 years. We’re the custodians of something bigger than us.”

And that was the sentiment at the heart of the Club’s centenary celebrations at which the Lindisfarne Anglican Grammar School Stage Band performed nearly an hour of soulful, show-stopping jazz and funk hits.

Mr Robinson says that when the patrons walked into the ballroom, they were awestruck at the powerful sound from our music students.

“Everyone stopped in their tracks asking ‘who are these people?’,” he says, “and then they were doubly-dumbstruck to find all the performers were teenagers.”

“It was phenomenal. We were all blown away to the point where we immediately spoke with (Lindisfarne’s Director of Performing Arts) Todd Hardy to try and arrange another night for the students to play on our main stage.”
Principal Stuart Marquardt and his wife, Wendy, who were special guests on the night, were noticeably proud of the School’s representation at the event.

“This was a marvelous opportunity for our school to really give back to those who have made a significant contribution to our foundational history,” says Principal Marquardt.

“Without the generosity of the Tweed Heads Bowls Club, Canon Ron Dyson’s dream of establishing Lindisfarne Anglican Grammar School – or St Cuthbert’s Christian School as it was first known – would have had many more hurdles to overcome in its early days. And for that, we will always be truly grateful.” 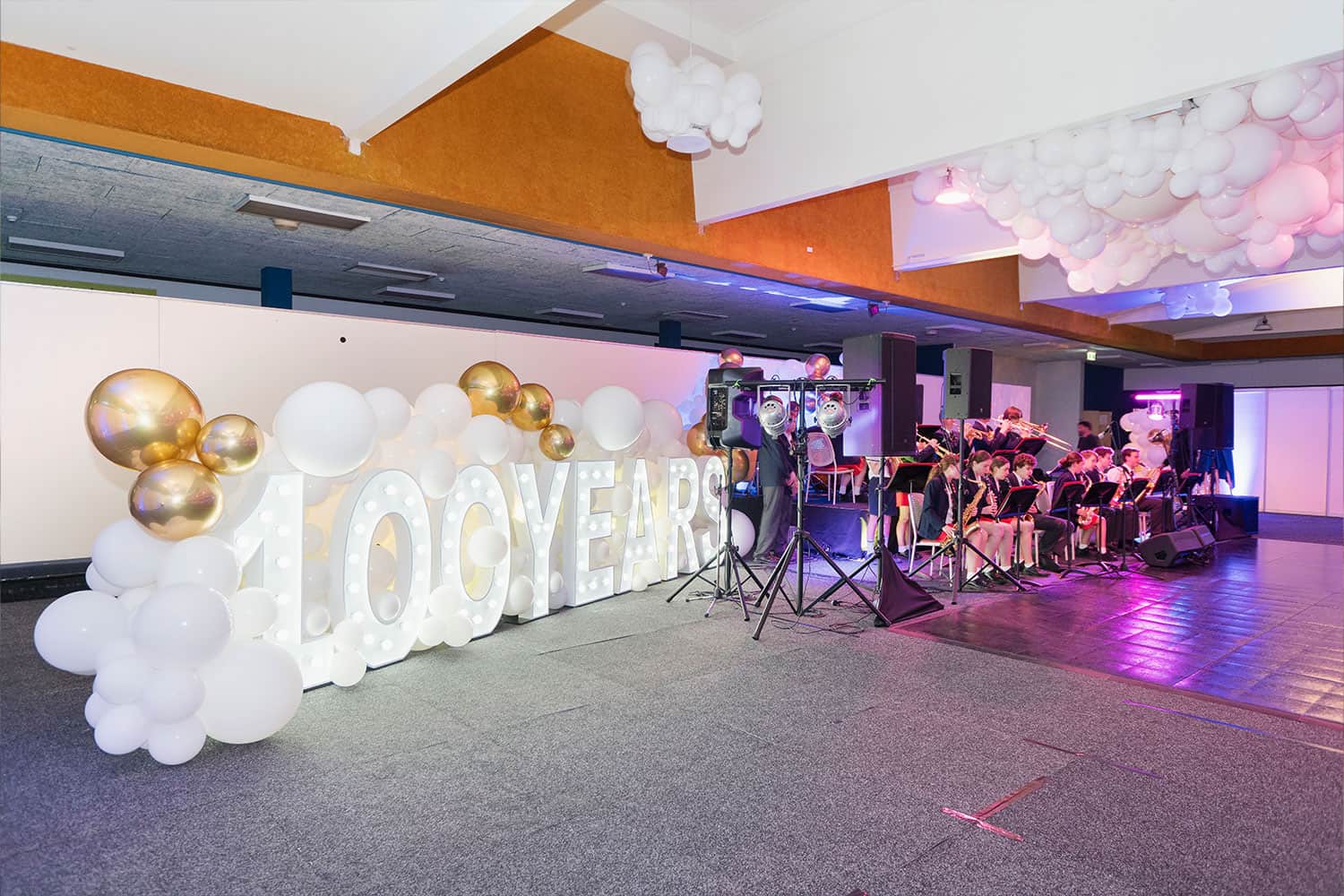