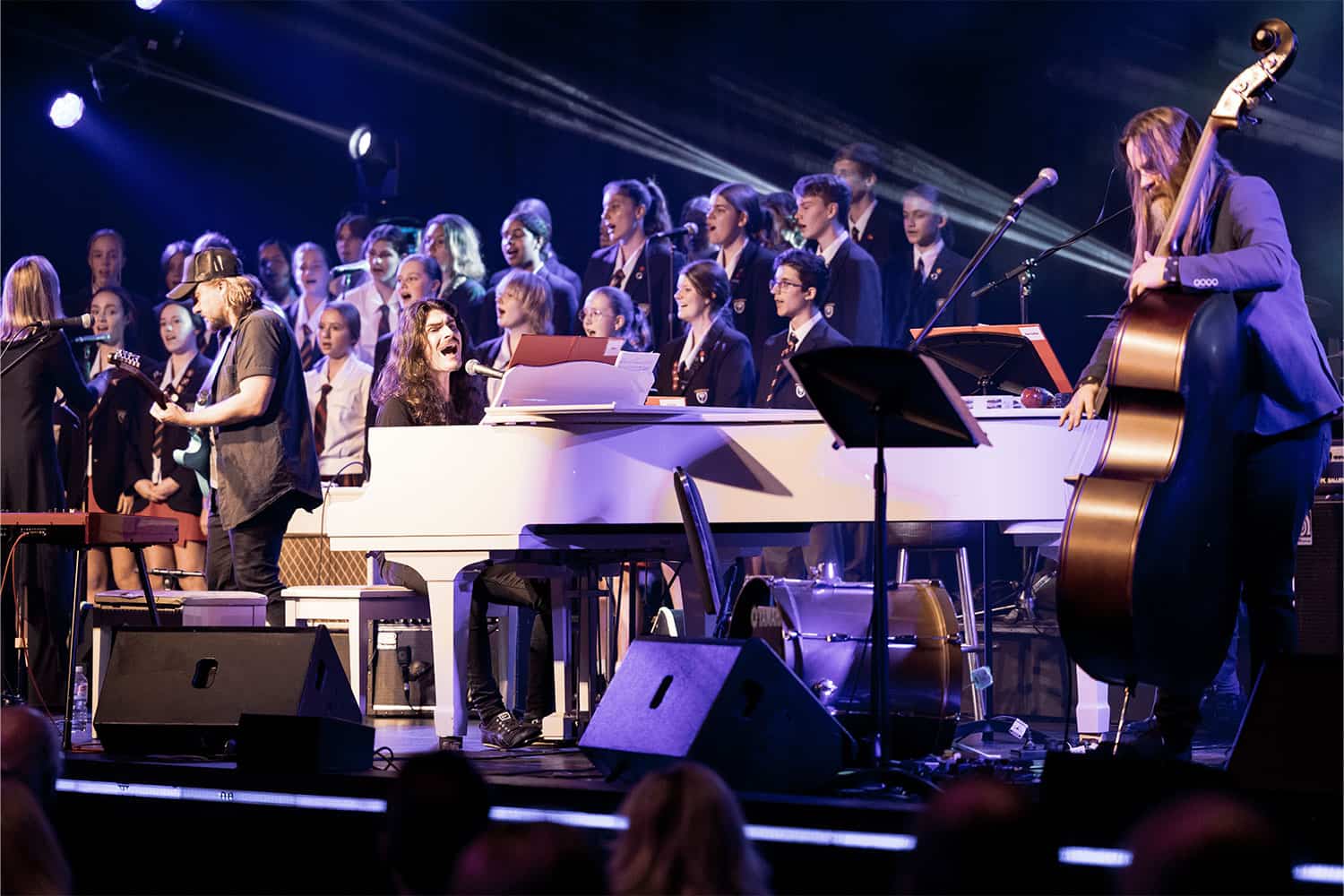 Aussie pop rock band Thirsty Merc hit the Showroom Stage at Twin Towns with past and present Lindisfarne students as part of an end of term music extravaganza to celebrate our school’s 40th year.

A 40th year anniversary wouldn’t be complete without bringing back one of the biggest bands to have performed at our school across the years – Thirsty Merc.

The band’s lead singer, Rai Thistlethwayte, and bass guitarist, Phil Stack, first visited Lindisfarne in 2018 to lead a music workshop with students ahead of a show-stopping concert in Ngahriyah.

This year the band, known for their international hit songs including 20 Good Reasons, Tommy and Krista, and In The Summertime, were back to perform at one of a select Lindisfarne @ 40 events for 2021.

Lindisfarne’s Director of Performing Arts, Todd Hardy, described the night as “an incredible combination of professional and up-and-coming talent”.

“We’re always looking for ways to encourage our students to be extraordinary, and one of those ways is bringing in top-level talent for them to perform on-stage with.

“This 40th Anniversary Concert was a real once-in-a-lifetime chance for our own Performing Arts students to be actively involved on-stage with some Australian rock royalty and learn, first-hand, how to engage with each other and the audience during a big gig.

“It was particularly impressive to see our senior students rock the stage, and also some of our younger, up-and-coming talented performers pushed out of their comfort zone and gained the confidence to lead performances.” 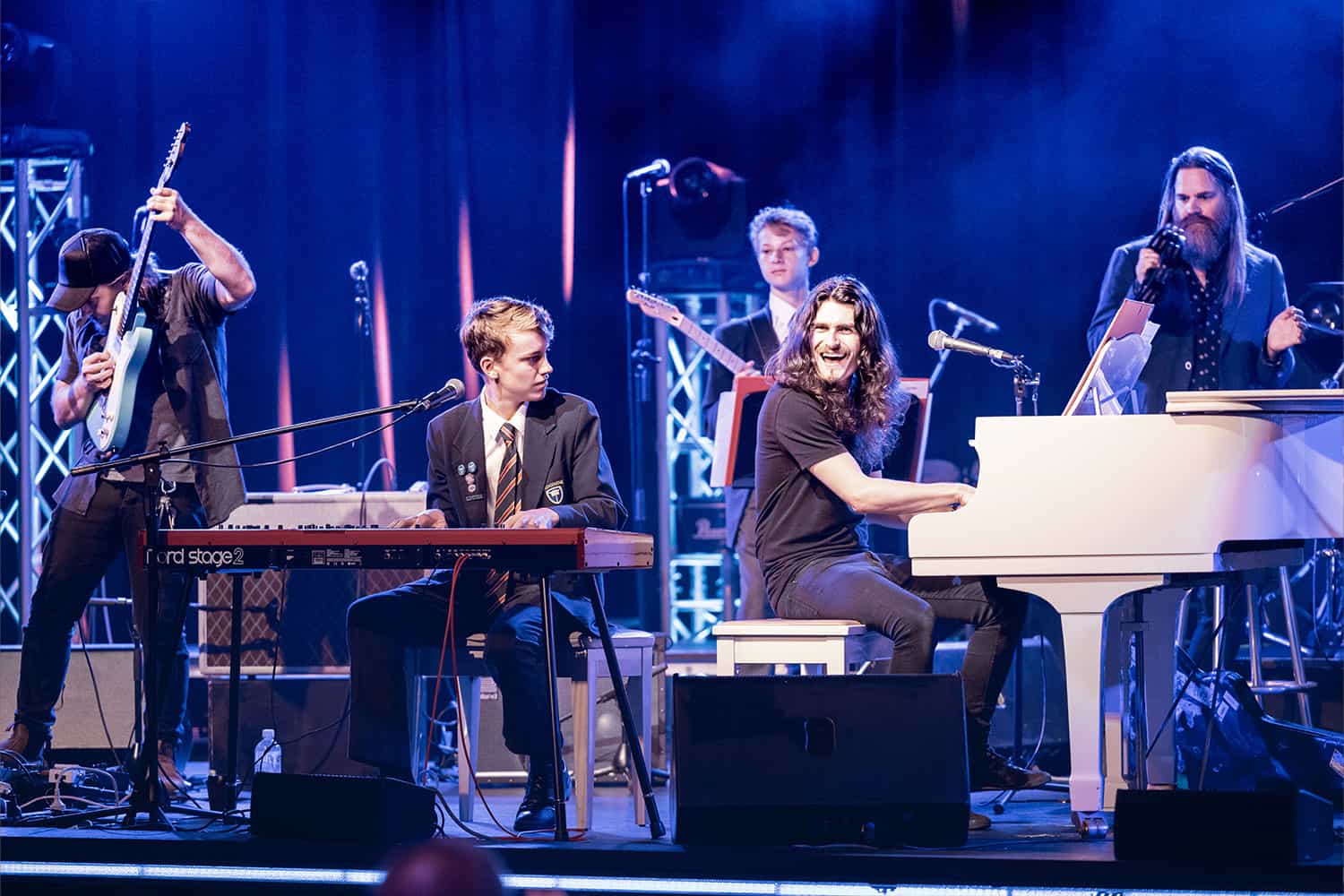 The night concluded with the crowd dancing to Thirsty Merc and Lindisfarne students covering the band’s Tommy and Krista.

“And now, just like that song’s final words,” said Mr Hardy, “the evening is ‘just a memory’ – albeit a great memory – in our school’s 40-year history. And, for the 75 students who shared the stage, they will bring the performance level and professionalism back to their future performances in and out of school.”