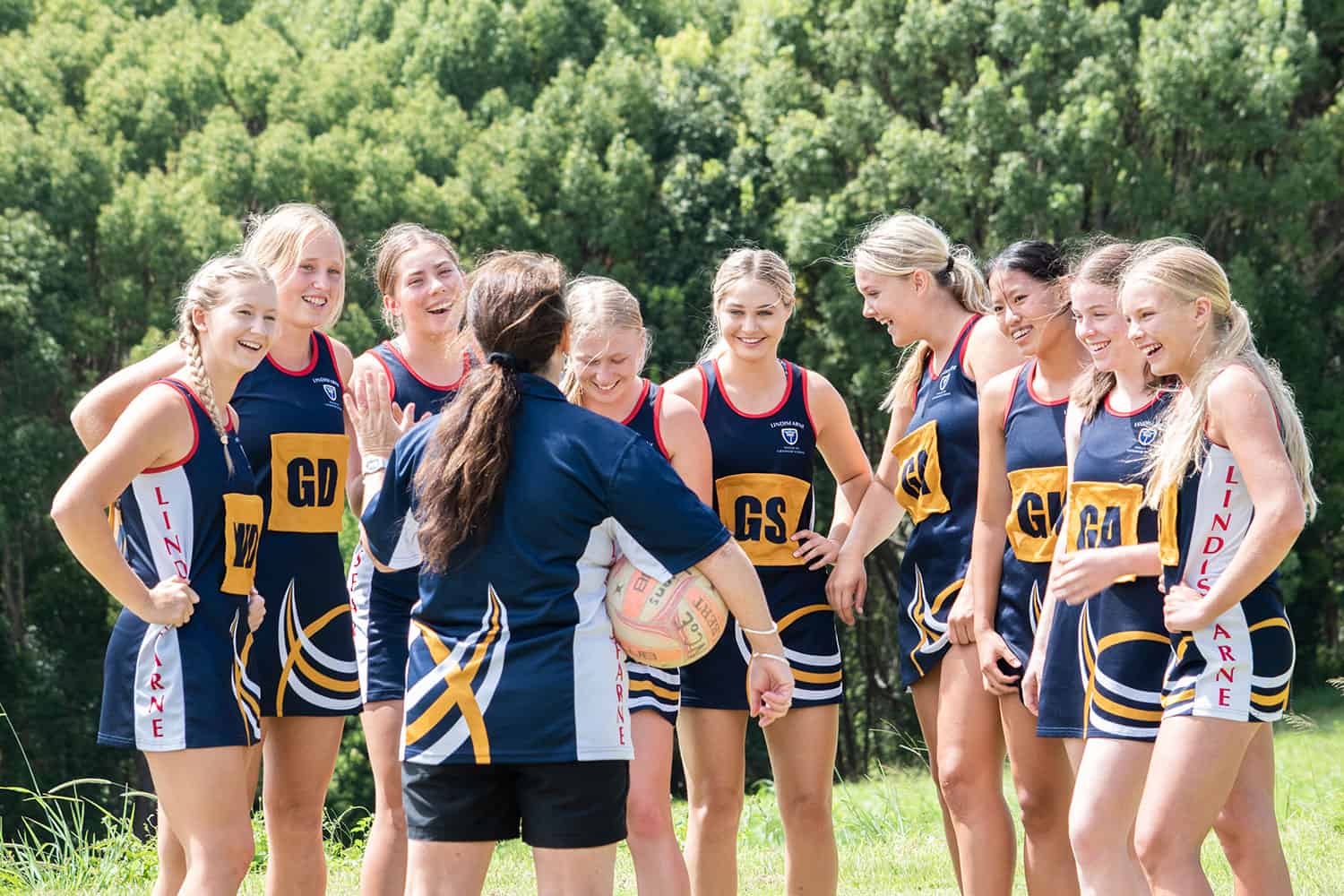 The Lindisfarne Lions Netball Centre of Excellence teams have stepped up their game this term with training sessions led by netball royalty: Nicole Cusack, Tracey Robinson and Sonia Mkoloma.

“She just knew we had potential,” says Lindisfarne netball player Isabella Arghyros, while adding that the new coaches were “a bit strict to begin with” and “constantly challenging us”.

The coaching most certainly paid off, though, because our netball teams have seen a string of successes on Saturdays at Arkinstall Park and in the New South Wales Cup competition.

Lindisfarne has been fortunate to recruit the talents of some of the World’s best netball players and coaches in recent years to oversee the growth of our own squads skills and abilities.

Nicole Cusack is our Lindisfarne Netball Club Ambassador — previously a player with the Australian Diamonds, and an Olympic and Commonwealth Games Champion. Having worked with the Firebirds, the Australian Under-21’s and most recently the South African Proteas, Nicole is presently working with the Nation’s Development Squad.
Tracey Robinson has been coaching from a young age, and has worked with the NSW State team, the Swifts, the Firebirds and West Coast Fever. She is currently the head coach for the Malaysian national squad.

And Sonia Mkoloma, a London native, has competed in five Netball World Cups and three Commonwealth Games but, more recently, became the Technical Coach for the New South Wales Swifts — helping them to win the Suncorp Grand Final in 2019 — and is now working with English Netball ‘Roses’ in the lead-up to the 2022 Birmingham Commonwealth Games.

“These elite netball coaches bring a huge experience, calibre and netball DNA to the heart of our Centre of Excellence program,” says Lindisfarne’s Teacher in Charge of Netball, Gay Maynard.

“Not only do they have personal experience of the game from playing or coaching at international level, but they have a passion that they convey through their work, fresh and fun ideas and new strategies that are pushing our Lions to a whole new level.”

“We’re already seeing the evidence of their hard work — new defensive strategies, new styles of marking our opponents, new shooting and moving techniques that our teams have been applying in their games this season.”