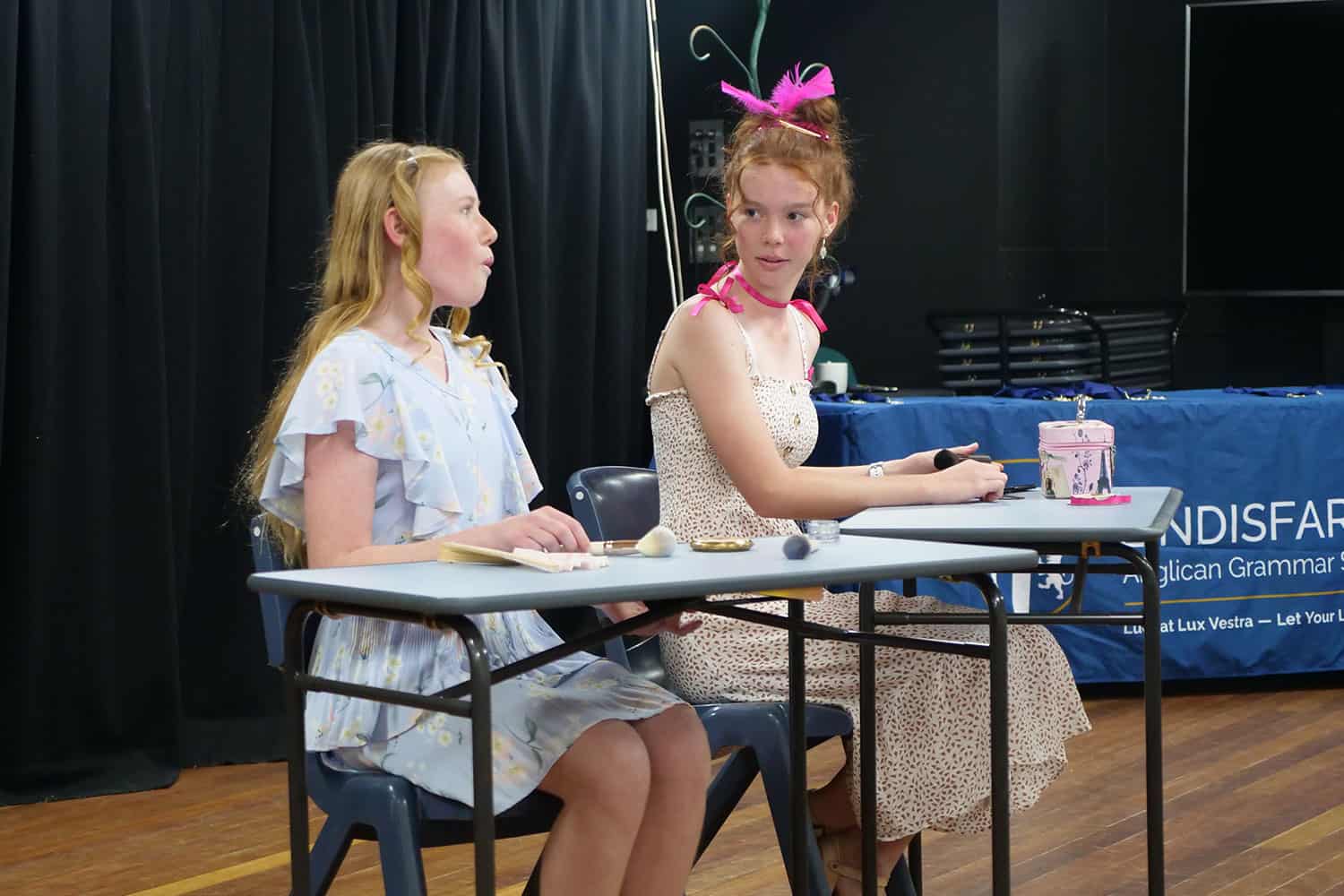 Around 150 students from Kindergarten to Year 8 took to the Lindisfarne stage in the Theatre, Chapel and PA1 drama room for the inaugural Drama Festival. Over eight hours they competed in performances ranging from mime and spoken verse, to poetry and monologues.

With the COVID-19 pandemic causing the cancellation of the Murwillumbah Eisteddfod for the second year in a row, the Lindisfarne Performing Arts Department created the Lindisfarne @ 40 Drama Festival as a golden opportunity to showcase the dramatic abilities of our students.

The inaugural event gave the young people a chance to compete in front of their parents and peers with performances of humorous poetry, duologues, monologues and mime. A special category for Kindergarten-aged students, presenting nursery rhymes in-costume was also included.

With some of the 150 students competing in multiple categories, the event saw a total of 322 entries across the sections. Winners and runners-up were presented with medals, thanks to the generous support of Friends of the Arts.

Special thanks also goes to Speech and Drama teachers — Kim Shepherd, in particular, as well as Rosie Tucker, Hannah Roberts and Jacki Simmons.

Drama teacher Amy Skene said, following the success of the event, she hopes it will be held again in the future — even once the Murwillumbah Eisteddfod finally returns — because it allows Lindisfarne students studying drama in and outside school to develop stronger stage presence.

“It gives the children the confidence to perform on stage in front of an audience, which is critical at this stage in their life,” said Mrs Skene.

“They learn about voice projection, characterisation, how to use costumes and props, theatre facial expressions and how to better use their voice — through pitch, pace, pause and modulation.

“These kinds of skills are guaranteed to help them throughout their entire life,” she said.
Mrs Skene described the excitement demonstrated by many of the young people at the event — some who were taking to the stage for the first time in their life.

“Seeing the way our students integrated with each other, and the enthusiasm and encouragement they had for each other — it wasn’t about who won or didn’t win, but about the participation and the fact that we’ve been waiting so long to do any performance,” she said.

“It was fantastic to see some of the first-timers coming off the stage after feeling the adrenaline that comes from performing in front of people – you could see they’d already become addicted to it and wanted to do it again.”