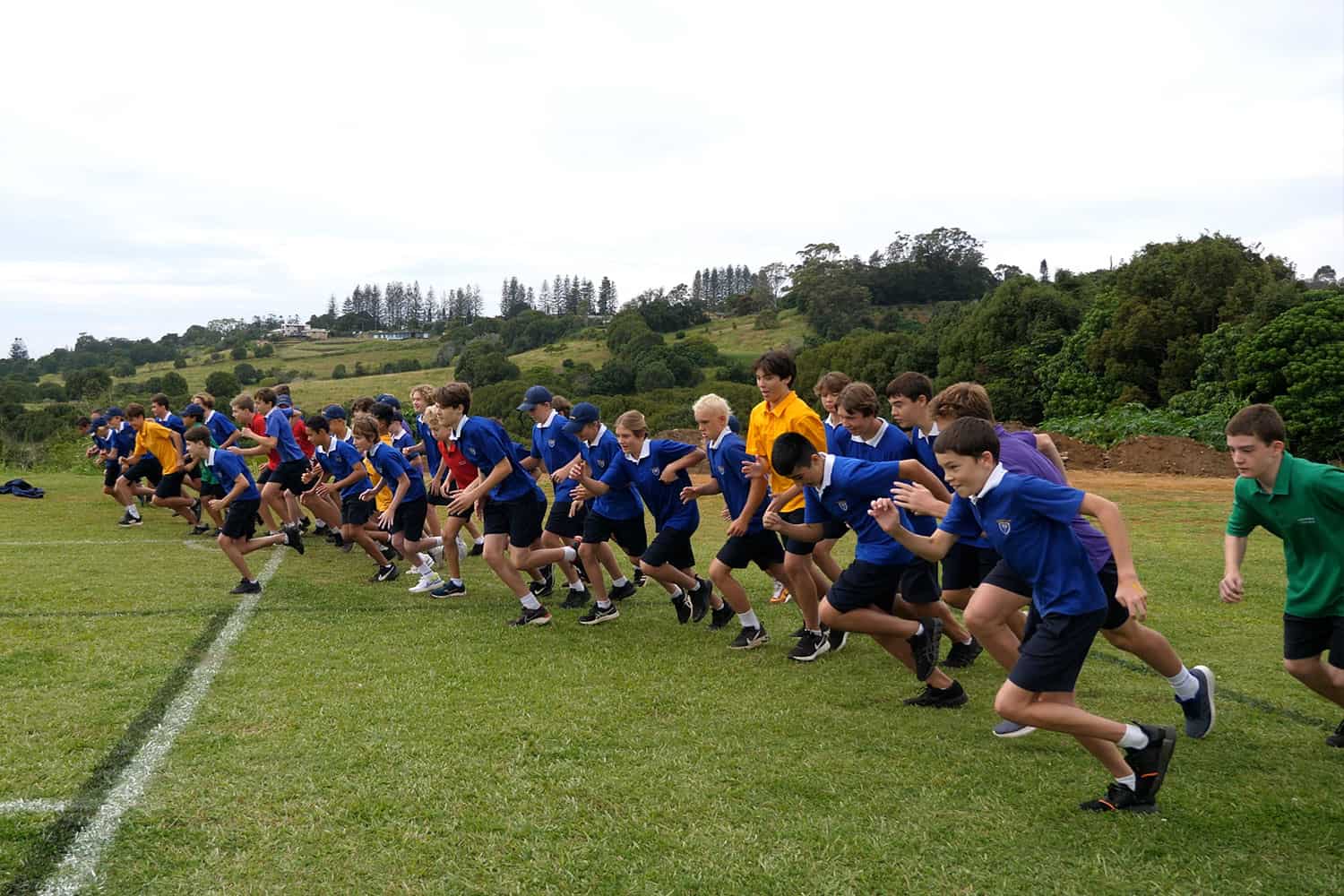 The combination of hills, rainforest, and grasslands across the school site makes for a stunning backdrop to the annual cross country event.

Serious sprinters, and fun-runners turned up in droves to the 2021 Cross Country, at the end of the first week of Term 2.

Starting on the top oval at Mahers Lane, with spectacular views across Tweed, students from the Junior School joined those from Years 5 to 12 to compete across the campus in two-, three-, four- and six- kilometre races.

“The track winds down off the oval, past the Trade Skills Centre, around “the rock”, down to the edge of the rainforest, and then up to the top of what’s been dubbed “heart-break hill” — an incline named after its reputation for crushing the souls of even the most hardened athlete,” he said.

“Then, with a deep burn and serious lactic acid building up in your thighs, competitors take a sharp left turn into the paddock and the surprisingly challenging “Bailey Loop”. 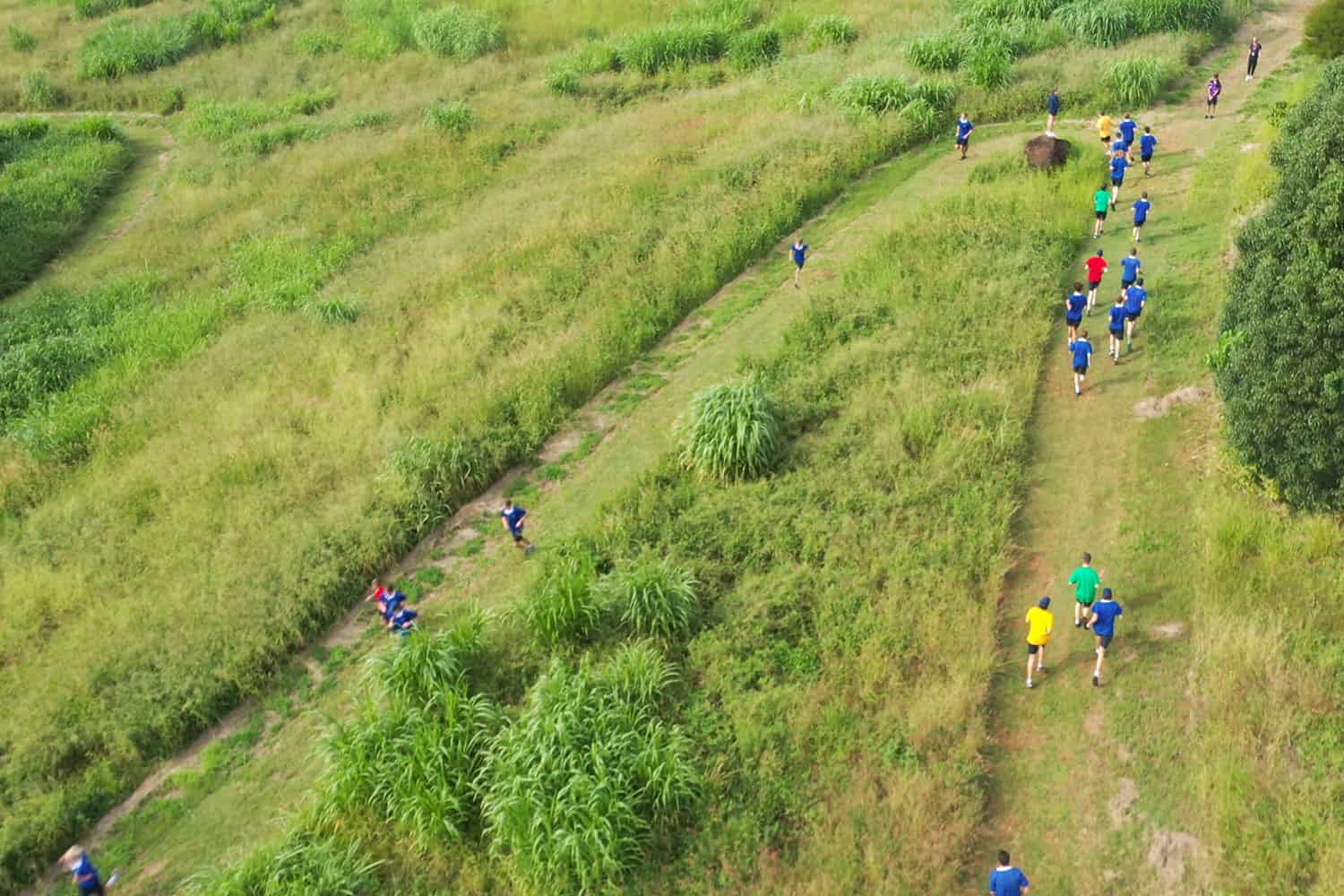 “At the halfway point of that loop, students were yelled encouragement from Year 10 PASS students and an enthusiastically vocal Mrs Sweetnam before beginning another soul-sapping climb, followed by a descent down the hill and an embankment back to the oval.

“And that’s just one, two-kilometre lap,” he laughed.

“Spare a thought for those students running six-kilometres who have to do it three times!”
The day ran like clockwork, and a huge thank you must go to the Sports and Activities Department and the PDHPE faculty for their organisation and execution of the event.

Mr Godden described how good it was to see so many parents in attendance to cheer on their own – and others’ – children.

The day was won, on points, by St Barnabas House, with St Andrew House in second position, St Cuthbert House in third and St Stephen House in fourth position.