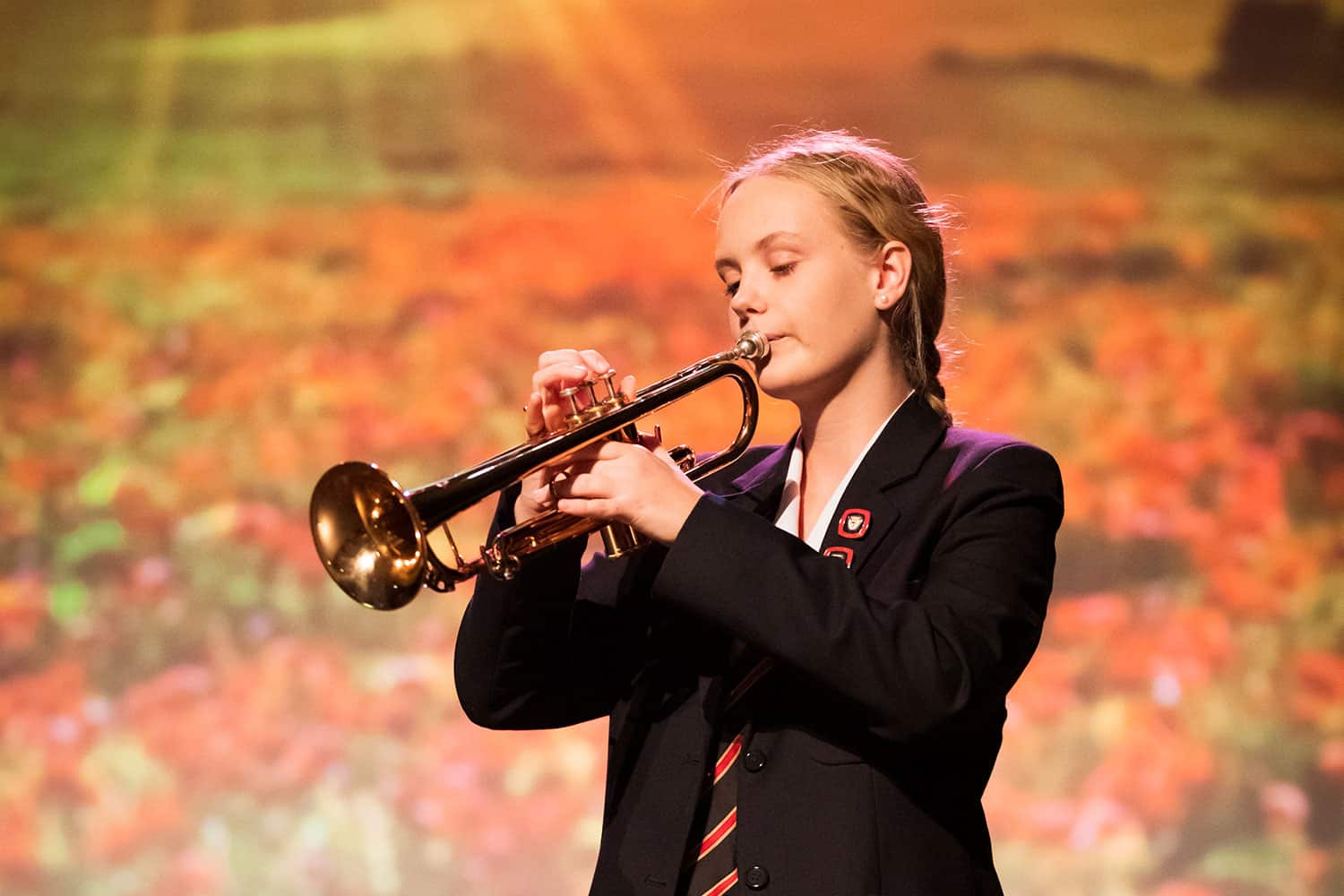 Large public gatherings were still difficult in this post-COVID-19 year, with numbers capped at ANZAC services across the region. But the Lindisfarne community still found ways to recognise those who paid the ultimate price serving our country.

As the sun rose across the Tweed, three Lindisfarne music students raised their trumpets to perform The Last Post and Reveille.

Monty Lush, Rosie Taylor and Callum McNicoll were selected to perform at the Tweed Heads and Kingscliff ANZAC Day services this year, which saw smaller numbers of attendees than in the past because of crowd limitations.

Also performing at the Kingscliff service was the Lindisfarne drum band, who joined a more subdued march along Marine Parade to the local war memorial.

Meanwhile, earlier in the week, ANZAC Day services were held for each of the sub-schools.

Students paused and reflected to recognise and remember those who served, and continue to serve, in the defence force to protect the Australian way of life. 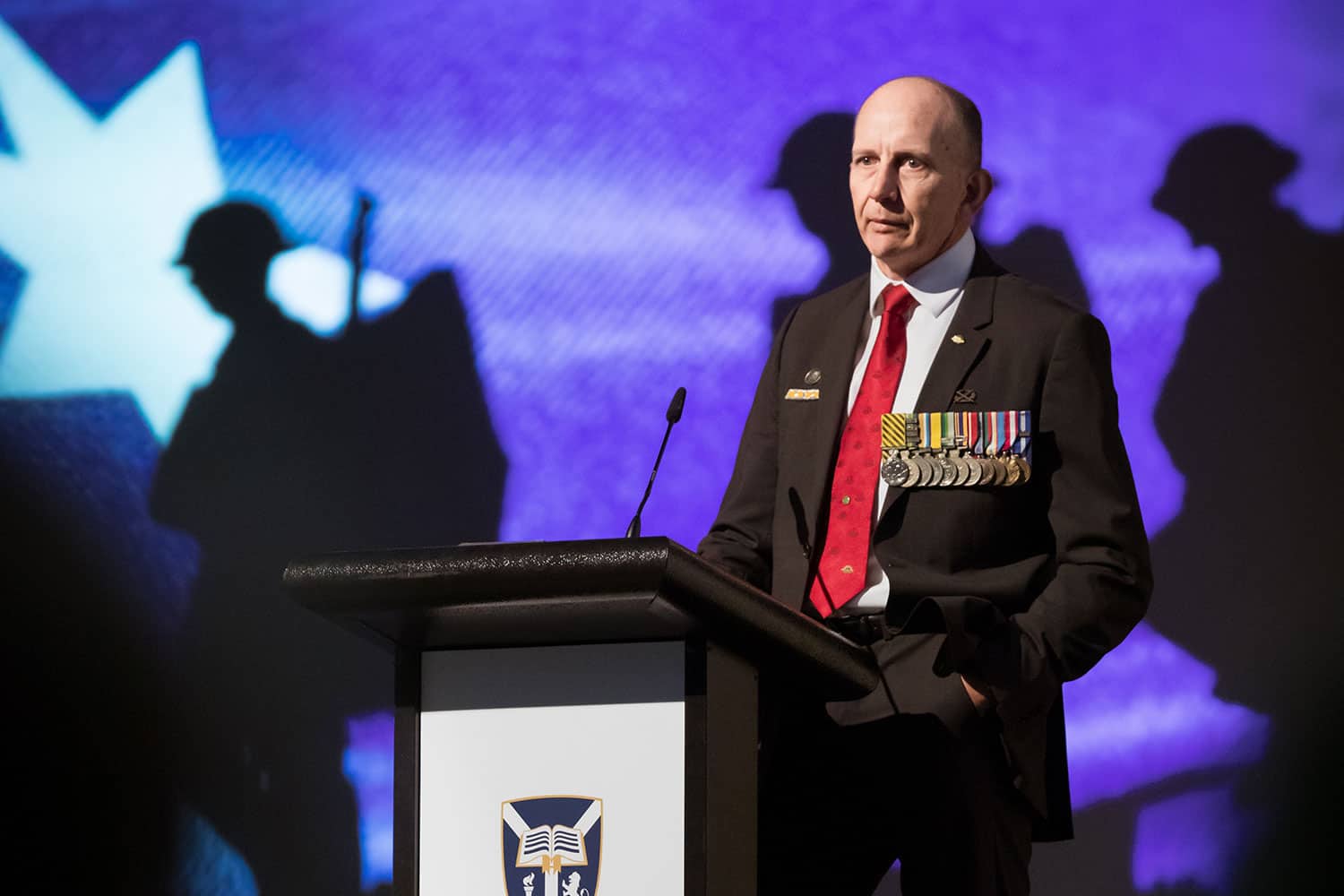 Colonel Russell Maddalena spoke to the Senior and Middle-school students

Senior and Middle School students heard from retired, and Lindisfarne father-of-two, Colonel Russell Maddalena who served in Afghanistan eleven times, including a six-month tour of duty stationed in a war zone.

He told his first-hand account of Sarbi, a Special Forces bomb-detection dog who went missing in action for more than a year, but managed to find her way home again, following an attack by the Taliban.

Junior School students also gathered for a wreath-laying ceremony, and to hear the story of the bravery of our ANZAC soldiers and the uniting of a nation under a common identity. 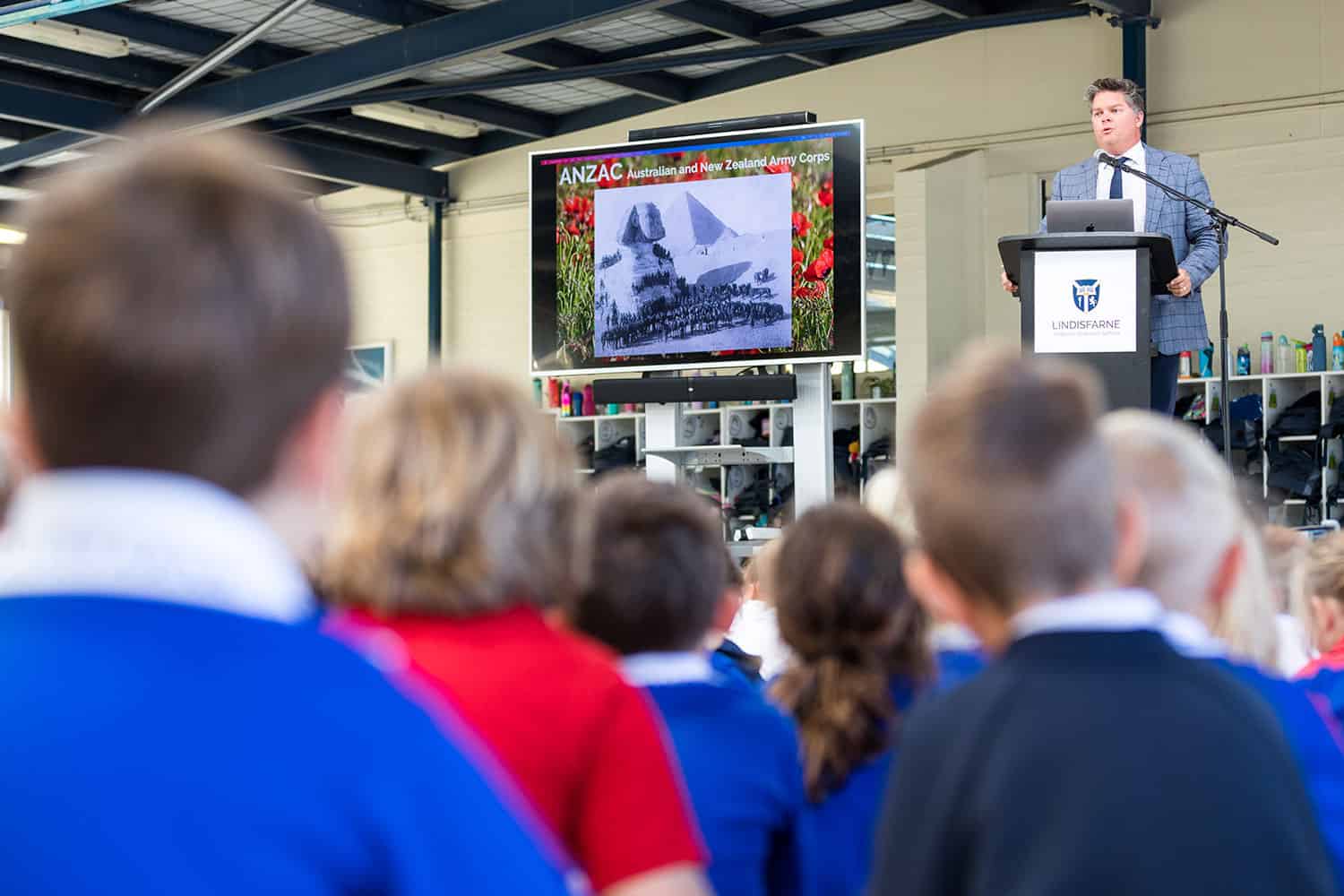